This is a past event. Registration is closed. View other Sweden-India Business Council events.

FTA Negotiations between India and the EU

Opportunities for Swedish companies. Organized by the Swedish Chamber of Commerce India and the Swedish Embassy in Delhi

This is a last minute event notification as we found out late that it was being held. It is organized by The Swedish Chamber of Commerce and the Swedish Embassy in Delhi.

SIBC will also run a few of these type of events during the year.

Despite the global disruptions caused by the pandemic, the bilateral trade between India and the EU continued to grow. Currently EU is India's second largest trading partner and the second largest destination for Indian exports.

After a period of eight years, India and the EU relaunched negotiations on a Free Trade Agreement (FTA), an Investment Protection Agreement (IPA) and an agreement on Geographical Indications. Two rounds of negotiations have been held and the third one is planned for end of November/beginning of December. Sweden, as a member state of the EU, has traditionally been a promoter of open, simple and fair conditions for international trade. The EU's FTAs with other countries have been beneficial for Swedish companies in many different sectors.

Join us as Michael Koch, Head of Department for Trade and Policy Developments, National Board of Trade and Johan Ström, Second Secretary, Trade Section, Permanent Representation of Sweden to the EU share: thekey areas under discussion, how the EU's FTAs have benefited Swedish companies and take stock of where the negotiations are at.

Swedish company representatives, from both India and Sweden, will discuss on 'What are the priorities for Swedish companies' – moderated by Henrik Isakson, Director for Trade Policy, Confederation of Swedish Enterprise.

This will be followed by a Q&A time.

REGISTER TO Karan as soon as possible please.

The Swedish Chamber of Commerce India (SCCI) is an independent, non-profit networking organization with the mission to enable, promote and encourage Swedish companies to drive long-term, sustainable business in India.

The SCCI community consists of Swedish companies from all sectors and stages of establishment in India and we provide our members with unique opportunities for continuous learning and development, platforms for leverage for the community as well as individual member companies.

Discover and connect with other attendees. 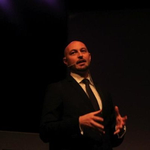 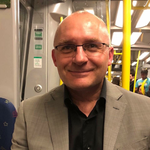